April 26th might...For those that don't automatically associate everything under the sun with all things Mopar, April 26th converts over to 426...hence why myself and so many others refer to this day as "HEMI DAY."

The great thing about this year, is that HEMI DAY falls on a Friday...that means we not only get Friday to enjoy our HEMI Powered Mopars, but also have the weekend to take it in...

Personally, I don't think you have to have a HEMI to participate, but it is a nice perk...If you don't have a classic 426 Elephant under the hood, fear not...use this day as an excuse, I mean chance, to drive your Mopar regardless of the power plant.

I personally plan to roll in the M10 to work to get my daily dose of HEMI...cruise the Charger over the weekend for a dash of RB, and wrench on the Duster for a little small block action.

What do you have planned?  You can chime on on the LSM Forums:
http://www.lonestarmopars.com/forum/viewtopic.php?f=9&t=485

I should also mention that this is the Six Year Anniversary of Amarillo Area Mopars!  It is hard to believe that on this date 6 years ago I was studying for my last finals and crafting a club that old timers and car people said would never happen.  All I heard was negative about how you couldn't get the Mopars out and no one would be interested...Well, turns out I am not the only crazy, ignorant person...AAM now boasts over 300 members and routinely outnumbers the brand-x camps at local cruises and shows.

You can read more about it here:
http://home.amarilloareamopars.com/2013/04/hemi-day-2013-six-years-of-amarillo.html

Similarly, you can help myself and AAM out by letting us know if you plan to run your Mopar at MAAD 3.0 or attend Chryslers in the Canyon.  Just use the links below:

Hope everyone enjoys HEMI DAY 2013 and the fact we have the entire weekend to celebrate!

One of the things most exciting about driving, or running errands for any gearhead should be simple enough...Well, past driving that is...You get to see other cars out on the highways, city streets, and nestled away in the farthest outskirts of the parking lot.

I don't always have the opportunity to take a picture, they are rarely anything worth bragging about taking, but I like them for another reason...They are a time piece.  Think back to when you were younger...Remember all those awesome old Mopars you'd see running around.  Maybe you took a picture of the wildest 'Cuda in town, but passed over the plain looking Coronet R/T, or the jacked up Charger...The few people that did take those pics, and kept them, now have pretty cool conversation pieces, think hotrod340 on the AAM Forum.  Just seeing the cars in everyday settings (grocery store, driveway, at a shop, etc), all tell a story and make you wonder who drove the car, if they still have it, and where the car might be now.

I can't build a time machine to go back to the hey-day of the Muscle Car Era, but I can take advantage of living in the digital age.  It is now easier than ever to be equipped with a camera (at all times mind you), and quite convenient and cost efficient to snap pics of what you find.

As always, you can't always find super nice, lightning fast, classic Mopars...some are more of the "garden variety" late model.  And while seeing what looks like a "plain" Challenger R/T now, might not seem great...Think what it will be like in 20-30 years when things have changed.  That same "not so neat" picture you take now, might wind up like that 68 Charger at Krogers someone snapped in the mid-70s.

The other important thing to note is that I think today, despite how easy and cost effective (you don't even have to print the pics to share them anymore), fewer people take pictures.  I know at our local cruise nights I am one of the only ones who bothers to take pictures.  I've even seen it at big shows...people will track me down online to see if I have a picture of their car at the show, on the cruise, or at the track etc.  I think the issue is so many people just ASSUME that with it being so easy  to take pics, they can find them without putting forth the effort themselves...that is unfortunate and definitely not the case!

I ultimately like to view what I do here as chronicling the Mopar presence...As a history buff, and a Mopar fanatic, I view this as the necessary work load of due diligence.  I don't want to age and wind up telling other Mopar people about "what things used to be like"....I want to SHOW them.

I have been taking pictures of Mopars for years now...I will start uploading a few of my more recent finds to archive here.  While not all will garner the same "wow" on that initial glance, I hope that down the road, they will all be pretty impressive.  Who knows...you might even see your Mopar outlined here in my "Spotted" catalog!

How I Tag...Card above Door Handle 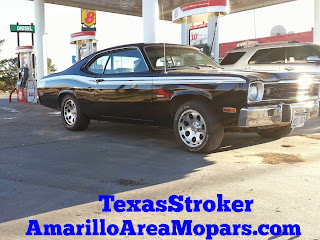 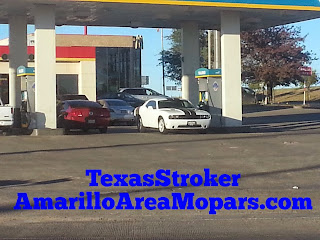 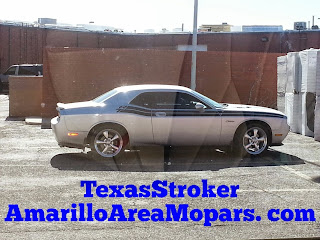 Posted by Sir Lancelot at 9:45 PM No comments: